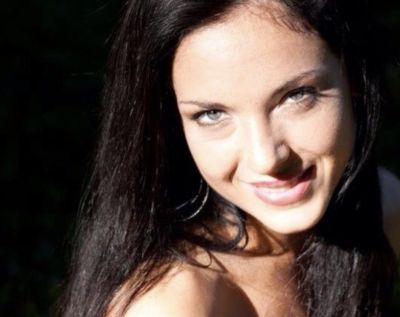 GENNY FAVERO IS LOVE FOR DANCING.

Genny Favero is probably the most-heart-warming Italian female dancer ever. You can feel that when you see her dance. You can experience that when you have a lecture or a lesson with her.
Italian Genny was born and raised in a small town near Venice. At the age of nine Genny put on her dancing shoes to never take them off again. In the early years she dances all ten
Ballroom dances. After some ten years she
chooses to specialise in the Standard dances only. And she did well by that specialisation.
TWO OPEN BRITISH TITLES

With Federico Di Toro she danced for 18 years. Together they win Junior Blackpool, they also win the GOC and even the under- 21 event at the Open British in Blackpool in 2001. Her best result with Federico is 3
place in in the Open Amateur championship in Blackpool.

In 2010 Genny returns to the dance floor with the great enthusiasm a new partner Evgeny Moshenin. They win the Italian Amateur Standard Championship and becomes a finalist in all major championships, including the European championship in Germany, the GOC and the World Championships in Melbourne.

PROFESSIONAL SEMI-FINALIST AT THE INTERNATIONAL IN 2013

In 2013 Genny turns professional with Angelo Madonia and the start is promising. At their first competition they become 8th at the International Championships in the Royal Albert Hall in London.
Genny Favero loves transmit her passion for dance to the couples she teaches. She loves to work with people who want to learn and to grow. That’s why Genny travels a lot. The love for dance is universal. Isn’t it!